We use cookies from a third-party service (Google Analytics) to collect data and improve your browsing activity. For more information, see our legal notices.
Accept
Decline
Subscribe to our newsletter and stay informed about our activities.

Your mail address is only used to send you our newsletter and will never transmit to a third party. 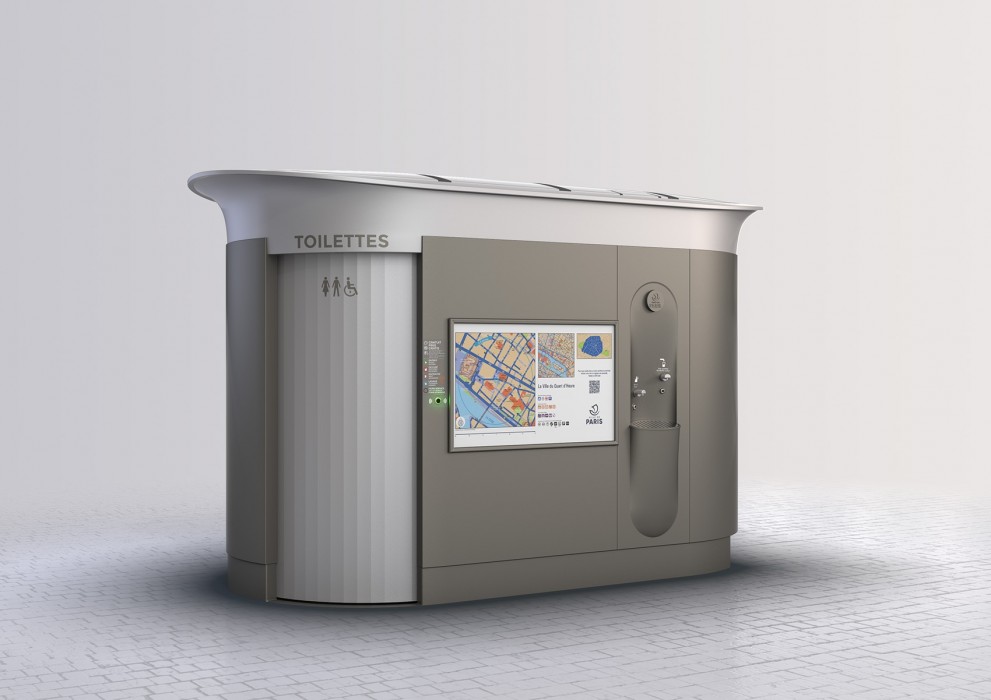 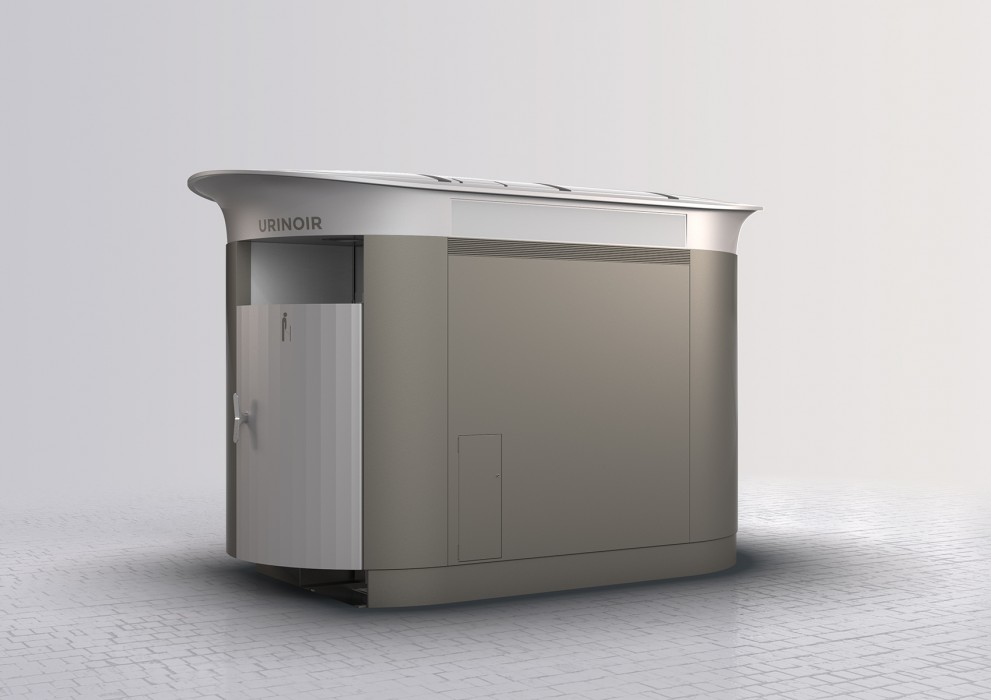 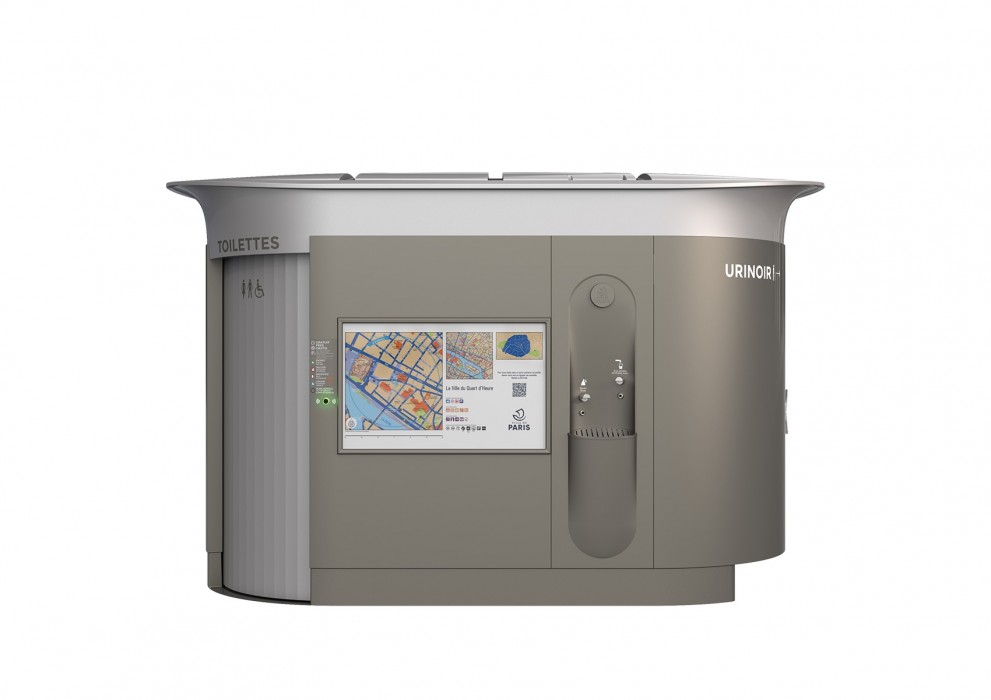 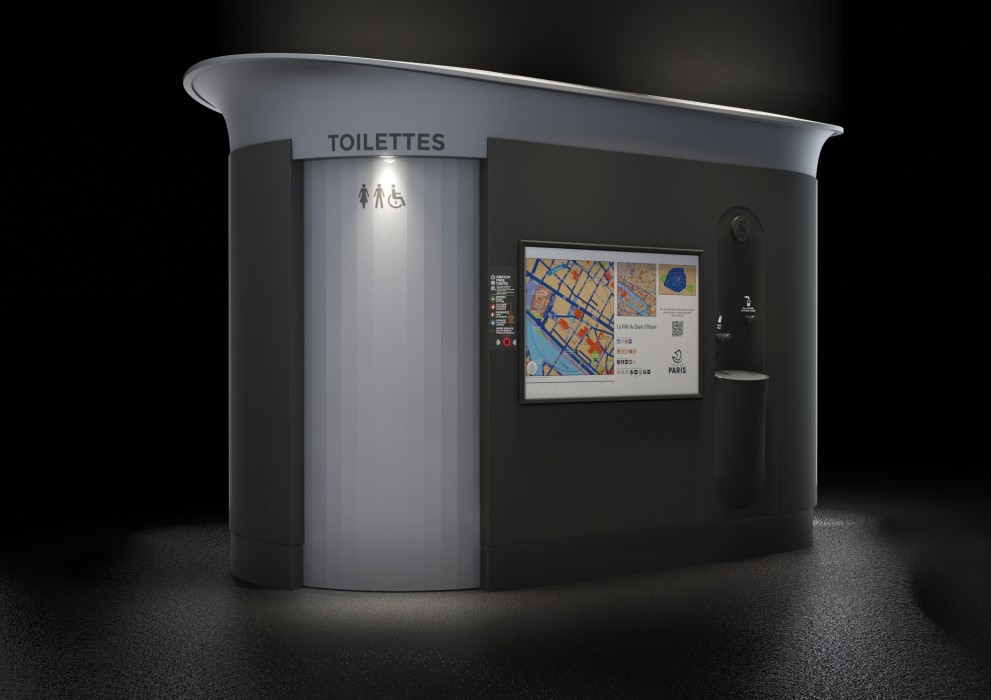 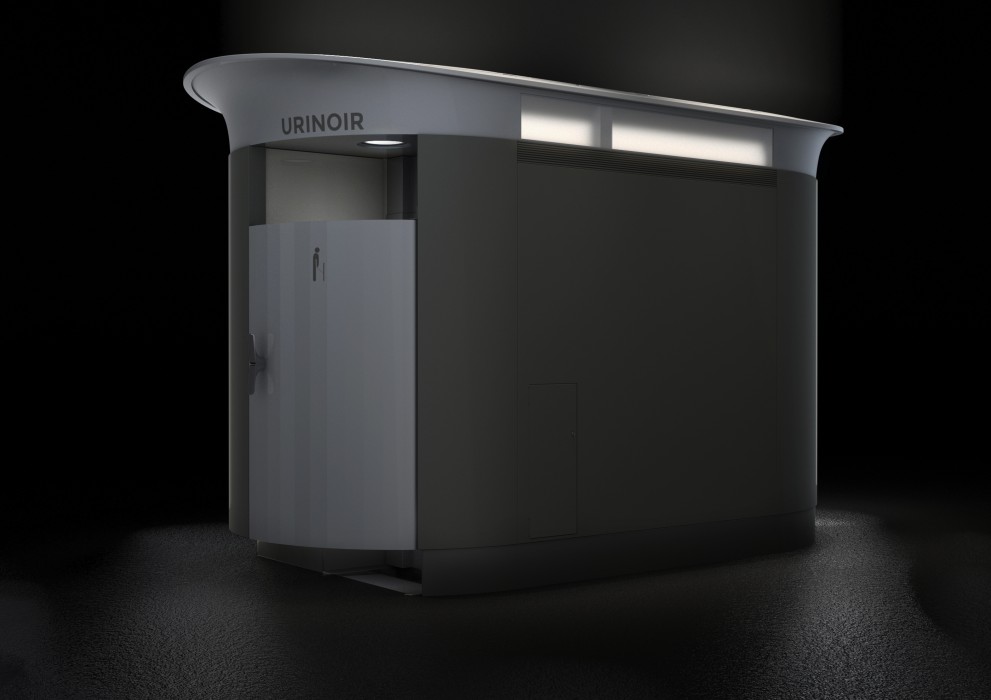 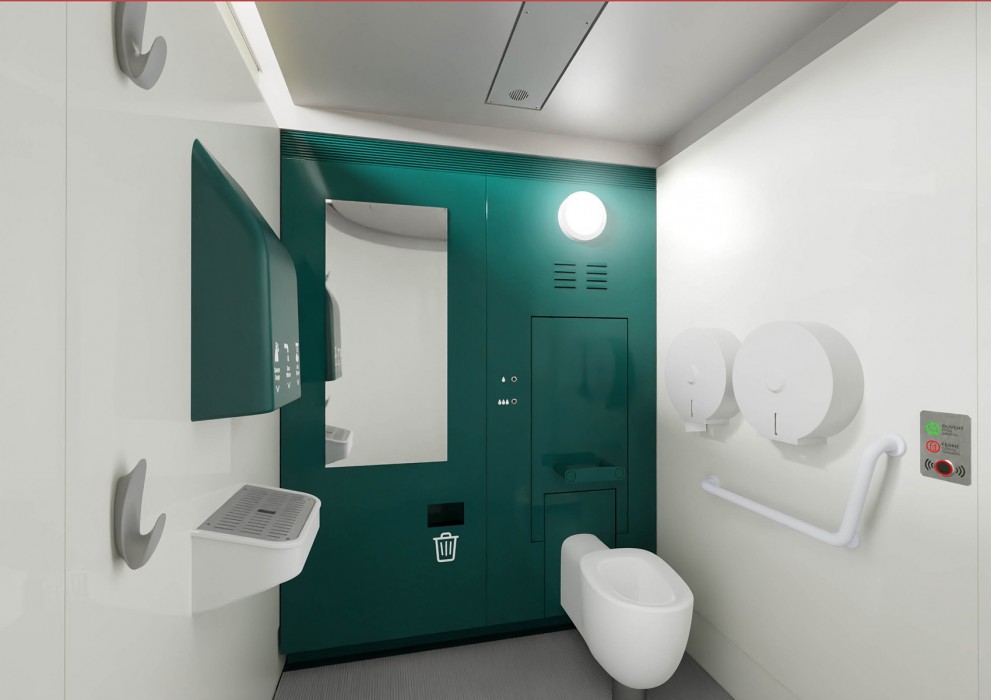 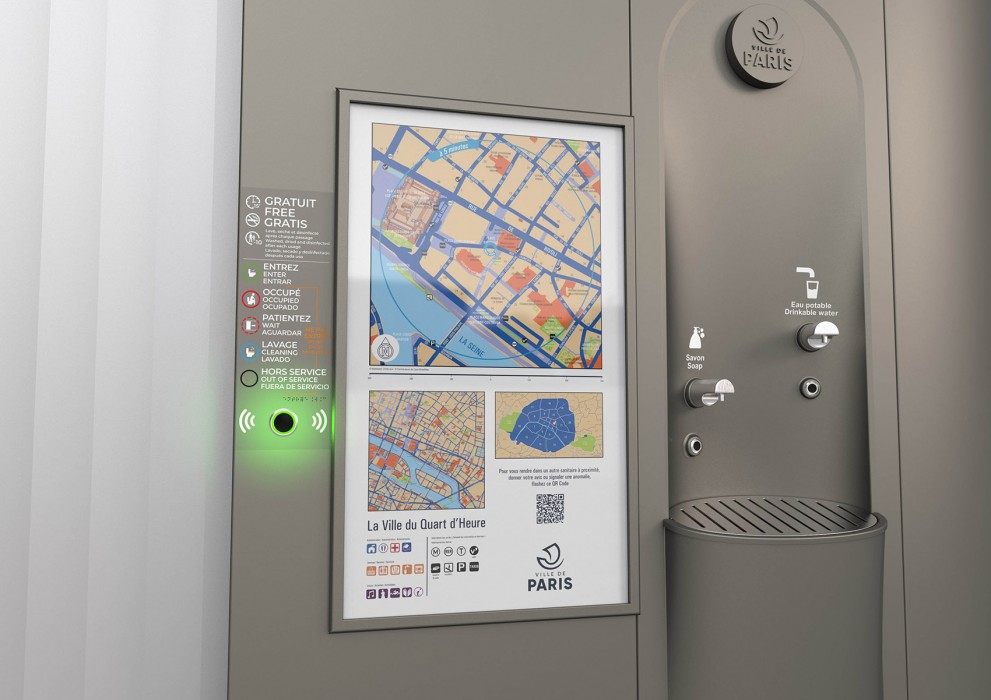 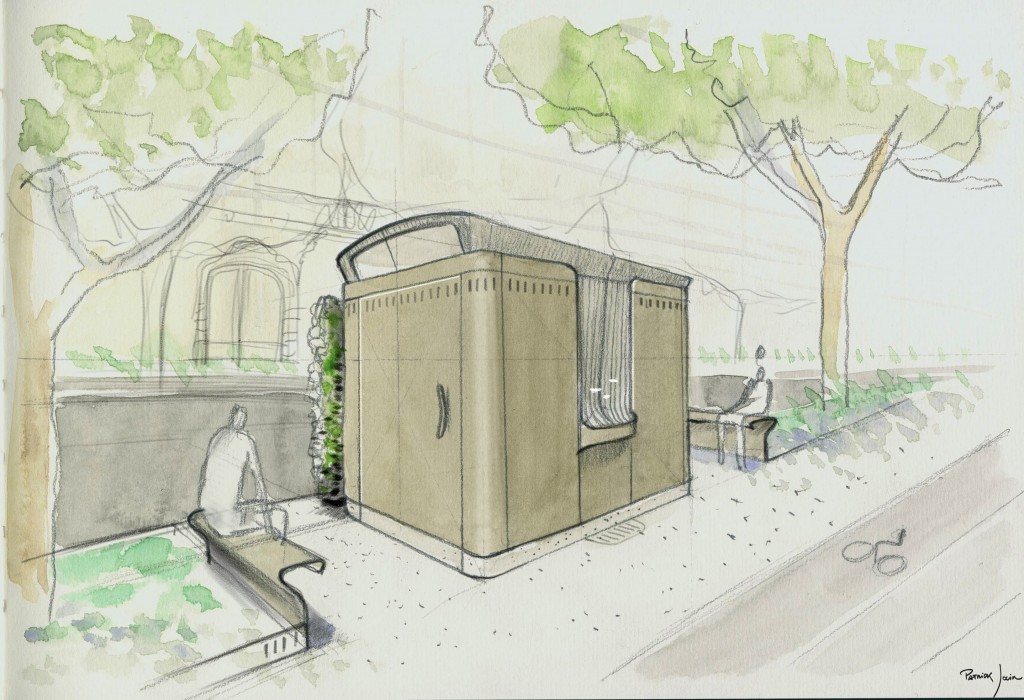 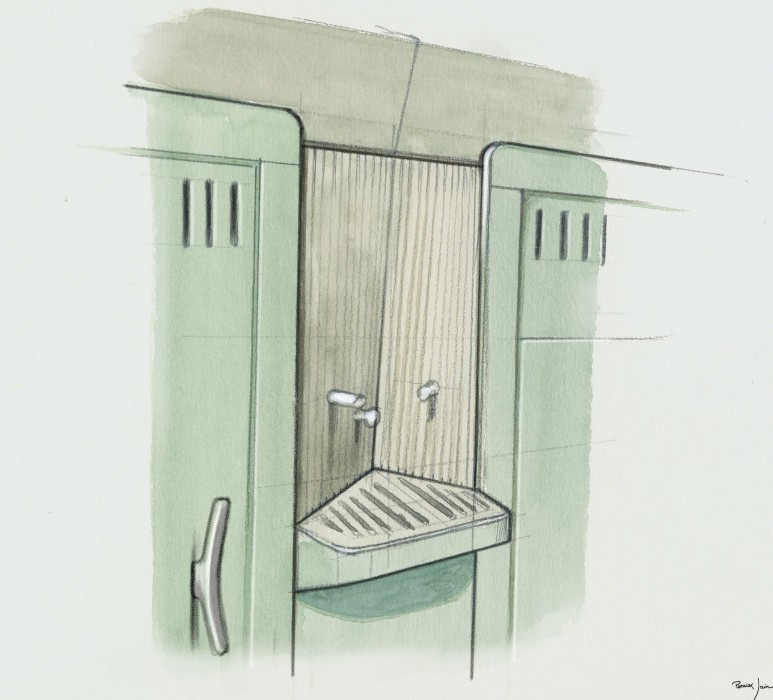 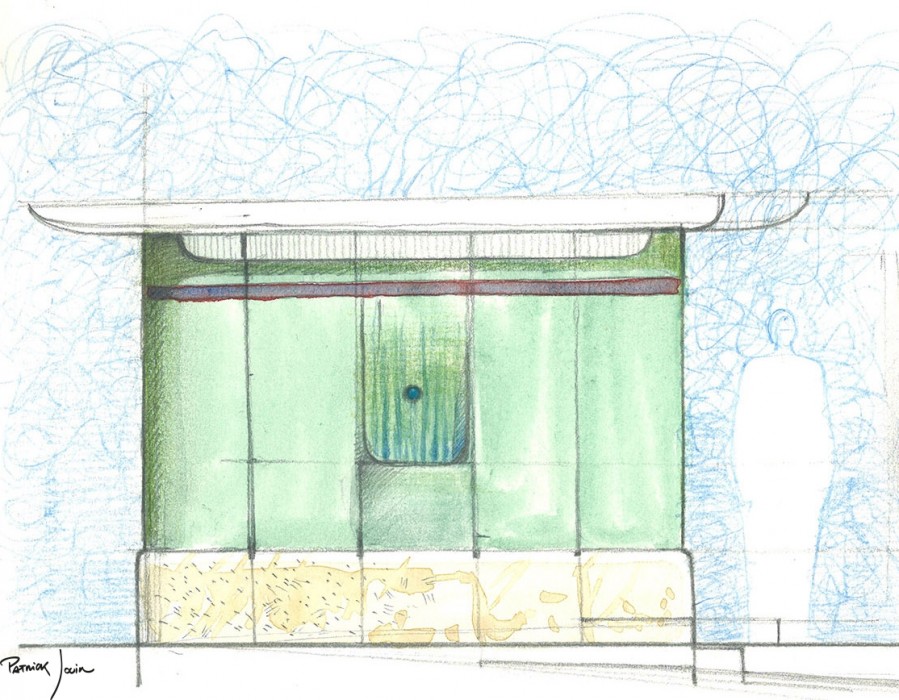 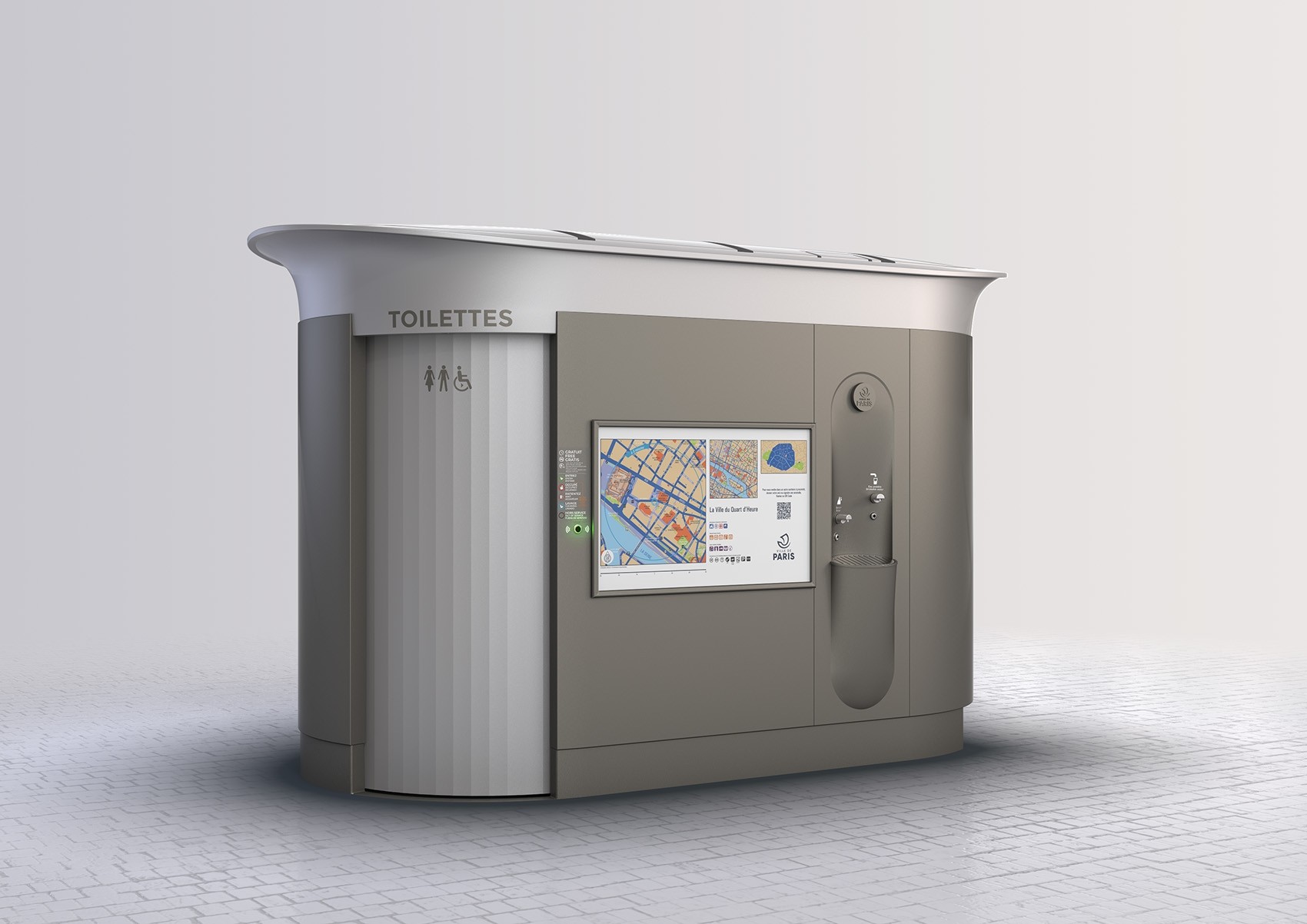 PUBLIC RESTROOMS FOR THE CITY OF PARIS

Fifteen years after the installation of the first public restrooms designed by Patrick Jouin iD and actualized by JCDecaux for the City of Paris, we propose a modernization of the design and aesthetics while preserving the identity of the Parisian public restrooms.

"The public restrooms of Paris retain their character and evolve with delicacy towards a more sober and refined aesthetic. "
Patrick Jouin

A design that is both new and resolutely familiar. In the aesthetic continuity of the current public restrooms, a contemporary design with timeless lines is presented, guaranteeing the obvious connection with the current street furniture, and facilitating its insertion into the architectural and urban landscape. Their aesthetic is consistent with the Manifesto for Beauty carried by the City of Paris. The urban anchoring of the public restrooms begins with the base, the roughest piece. A real link between the different squares and sidewalks where it will be installed, constituting an architectural signature specific to Paris, a reference to the aedicule objects of metro and the candelabras.

These new public restrooms have been designed with the aim of meeting the service expectations of our time and are based on an improvement in their functionalities: doubling of capacity with the addition of a urinal, reduction of waiting time, PRM access and a fountain (with washbasin and soap). All the while maintaining the same influence as the current public restrooms. The reflection on signage is based on the use of standardized icons to allow universal translation, accompanied by audio and Braille information, to facilitate its use by all.

By positioning signage above the doors, orientation towards the restrooms or urinals are diagonally opposed to one another which allows a dissociation of the queues. The access to the restrooms or urinals is shifted from the pedestrian flow to guarantee more privacy. In order to be accessible to pedestrians the water fountain and soap dispenser are placed outside next to the city map.

Inside, a large opalescent glass strip, positioned on the lateral length, by the roadside, allows natural light to enter the cabin, thus offering a connection with the outside. White, green, and grey have been favored to accentuate the feeling of space, cleanliness, and well-being, in coherence with the aesthetics of the city.

Respectful to the environment, the new public restrooms are part of a sobriety approach to resource consumption: they are designed from recyclable materials, they will run on renewable electricity, their water consumption will be reduced by almost two-thirds and their electricity consumption by a third compared to current equipment.

The 435 new generation self-maintaining public restrooms will be gradually deployed between 2024 and early 2025 to replace the current equipment.